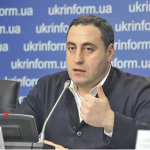 The authors of a bill “On the Higher Anti-Corruption Court” and international experts are satisfied with the decision of High Qualification Commission of judges of Ukraine and with the results of the judicial elections.

It was announced by Giorgi Vashadze during a press conference. He stated, that international experts participated in the process of election of judges, and the process itself has already been called the most transparent in the world. Giorgi believes, that the formation of Anti-Corruption  Court should become a world-wide precedent.

Roman Yakovliev urged the public to follow the process of elections and join the discussion, since the establishment of Anti-Corruption Court is highly important step for overcoming the corruption in Ukraine. 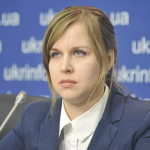 We are satisfied with the results and with the election process, as it corresponds to the mechanism that we have developed in this bill