Results of the WikiInvestigation`s inquiry 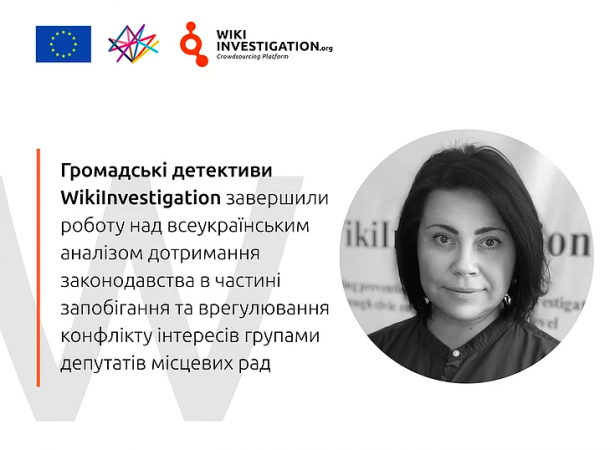 13 reports of anticorruption law`s violations were submitted to the NACP. Based on the findings of the All-Ukrainian investigation, 13 facts of group violations committed by the members of local councils regarding law on prevention and management of conflicts of interest have been proved. This was reported by the project coordinator Liudmyla Ievsieienko.

`There is a shameful practice all over Ukraine where groups of local councils` members, who are supposed to represent the interests of territorial communities, are lobbying the interests of the enterprises where they receive their salaries, without declaring a conflict of interests` Liudmyla Ievsieienko said.

In total, public investigators have documented 24 cases of the violation by groups of local councils` members regarding the prevention and management of conflicts of interest.

According to Liudmyla Ievsieienko, there were much more such violations, but some local councils refused to provide public detectives with the full documentary information necessary to prove the breach.

It should be reminded that as a result of the first two investigations concerning a conflict of interest, 11 reports of anticorruption law`s violations were submitted to the NACP.