The Head of the NACP Olexandr Novikov introduced the team of his deputies - Ivan Presniakov and Roman Sukhotovets.

It was reported by the NACP`s press service.

Ivan Presniakov will take charge for developing and coordinating anti-corruption policies, monitoring compliance with legislation on conflicts of interest and other restrictions on corruption prevention.

Roman Suhostavets will be responsible for the units that carry out the verification of declarations, lifestyle monitoring and the sphere of preventing political corruption.

Olexandr Novikov also introduced Igor Khokhich as the chief of staff, Igor Drobko as the deputy chief of staff, and Anna Chornutko as the head of the department for the prevention of political corruption.

Novikov also mentioned that to complete the reboot of NACP, a new structure of the apparatus shall be approved, and the appointments will be made based on a competitive basis.

“The people who are working in the NACP because of the corruption practices that the Agency has to fight with will definitely have to leave. Everybody whose work is effective and selfless will be able to take up positions in the National Agency. They will get maximum opportunities for self-fulfillment,”

Innovation and Development Fund welcomes the new NACP`s deputies. We believe that they are good professionals and we wish them to achieve great results in our job! 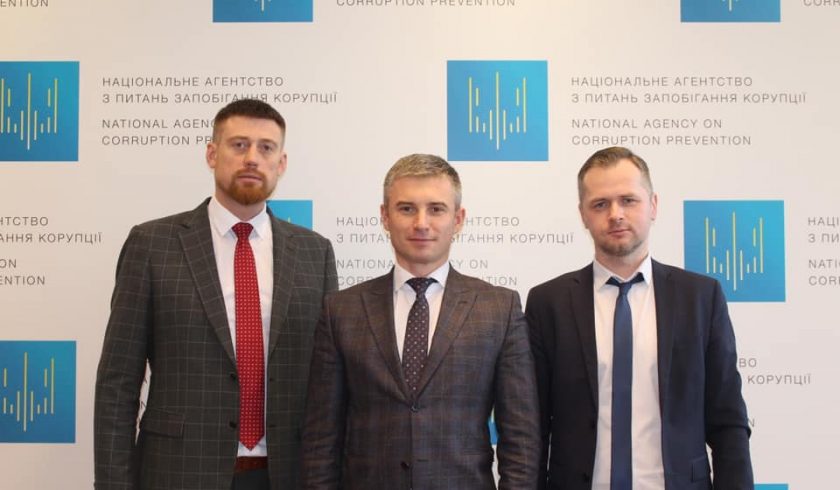