GRECO welcomes the adoption of the Law on the Protection of Whistleblowers and looks forward to its proper implementation.

It is stated in the Report of the Council of Europe's anticorruption body GRECO on Ukraine's progress in implementing the recommendations issued by the organization in 2017.

“…the newly elected President has proposed several legislative drafts, some of which have already been adopted and are of importance for anticorruption purposes. GRECO welcomes the new Law on rebooting the NACP that was adopted and entered into force in October 2019. It is aimed at enabling more operational work protocols for the NACP by establishing, inter alia, direct access to state registries and automated verification of financial declarations. It is also positive that illicit enrichment has been re-criminalised, civic activists are no longer

subject to financial disclosure, the legal basis for protecting whistleblowers has been strengthened and the anti-corruption court launched. Although these issues are not subject to specific recommendations, they matter for the adequate articulation of the anti-corruption system. It is crucial that the newly established legislative measures are properly implemented."

The Innovation and Development Foundation held a roundtable discussion "Crucial issues and challenges of the implementation of the Law on the Protection of Whistleblowers " within the framework of the EU-funded WikiInvestigation project. 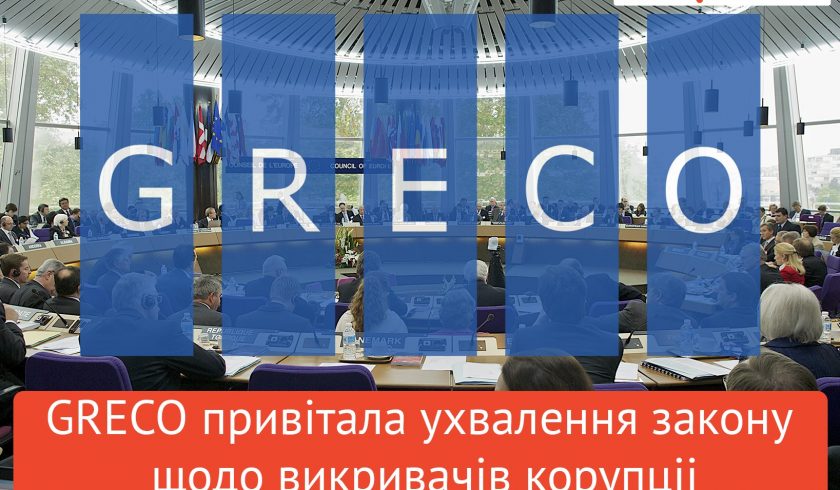