On March 24, 2010, Oleksandr Tsmokh, former chairman of the Stanishev village council in Zhytomyr region, allocated a land plot to himself that he currently owns and did not state it in a declaration, in violation of the Law of Ukraine "On Prevention of Corruption".

This is stated in the investigation `Divide and Assign`. 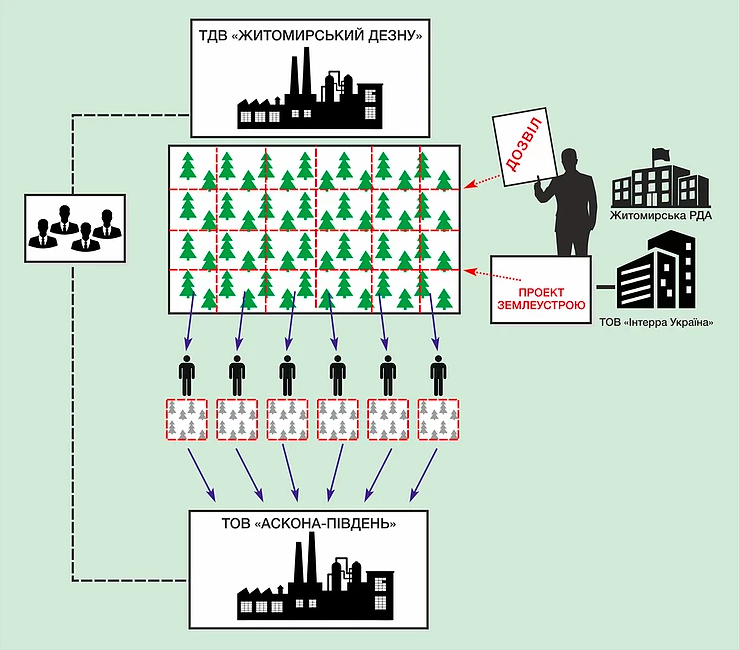 It is stated in the text of the investigation that `being a chairman of the Stanishev village council, being an official of a local self-government body, using office position contrary to the interests of the service, acting deliberately, in the interests of third parties and for the purpose of obtaining any undue benefit for himself, in the form of a land plot, Oleksandr Tsmokh signed 129 protocols of land boundary agreement approval and digging of the plan of land use of Stanishev village council of Zhytomyr region contrary to the procedure established by the current legislation on changing the land usage, which resulted in the transfer lands belonged to the areas of green space in the sanitary protection zones, to the citizens has caused substantial damage to legally protected rights and interests of the state.

At the end of 2017, large-scale deforestation in the outskirts of Zhytomyr, near a cardboard mill, brought together residents of nearby high-rises. Trying to stop illegal logging, they found that since 2010, 13 hectares of forest have been privatized. And among the owners of the plots is the former chairman of the Stanishev village council Oleksandr Tsmokh, who did not include the plot in his declaration.

Following the WikiInvestigation submission the report of violence, the NAPC will check the declaration of the head of the State Employment Service